Joanna Martin is Associate Professor in Middle English and Older Scots at the University of Nottingham. Her interests include text editing, book history and Anglo-Scottish literary relations in the late medieval and early modern period. She is the author of Kingship and Love in Scottish Poetry, 1424-1540 (Ashgate: Aldershot, 2008); and The Maitland Quarto Manuscript: A New Edition of Cambridge, Magdalene College, Pepys Library MS 1408 (Woodbridge: Scottish Text Society and Boydell and Brewer, 2015). She is co-editor (with Emily Wingfield) of Pre-Modern Scotland, Literature and Governance, 1420-1587 (Oxford: Oxford University Press, 2017). Her latest project, The Findern Manuscript: A New Edition of the Unique Poems will be published in 2020 with Liverpool University Press as part of the Exeter Medieval Texts and Studies series.

Roger Mason recently retired as Professor of Scottish History at the University of St Andrews. He has published widely on Scottish political thought and culture in the late medieval and early modern eras, including acclaimed editions of the writings of John Knox and George Buchanan, and a range of publications on issues of religious and political identity in Scotland from the Wars of Independence to the Union of Parliaments. He has a keen interest in literary studies and the impact of the Renaissance and Reformation on sixteenth-century Scottish culture. For a full list of publications and related research activities, see https://www.st-andrews.ac.uk/history/staff/rogermason.html

Session Title and description: ‘The idea of the “common weal” in Sixteenth-Century Scotland’

Anyone familiar with sixteenth-century Scottish literature will have encountered the figure of John the Commonweal in Sir David Lindsay’s Satyre of the Thrie Estaitis. While generally taken to be representative of the common people – and even imbued with ‘democratic’ connotations – John more likely symbolizes something at once less populist but more inclusive than this suggests. By the mid-sixteenth century, when the Satyre was first performed, the term ‘common weal’ (variously spelled) was deeply embedded in Scottish discourse and, at its most literal, signified simply the ‘common’ or ‘public good’. However, like the Latin res publica, for which it was a convenient Scots equivalent, it became freighted with increasingly emotive resonances related to the common good of all. Thus, when John the Commonweal is welcomed into the body of the Scots Parliament it is not intended as an endorsement of popular political participation but rather of the need for the king and three estates to renounce their self-interested behaviour – the pursuit of personal or ‘singular’ profit – and to recognize instead their patriotic duty to promote and defend the well-being of the kingdom as a whole. Using a range of literary and record sources, this lecture will explore in more detail the ways in which the idea of the ‘common weal’ was deployed as a patriotic catchphrase in sixteenth-century Scottish discourse and how it came to signify not just the common good of the realm, but the very realm – the commonwealth – itself. 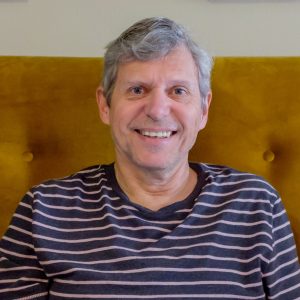 Luuk Houwen studied English and American language and literature at the University of Nijmegen in the Netherlands where he graduated with a cum laude in 1986. Thanks to a grant by the British council he was able to pursue a Ph.D. with Norman Blake at the University of Sheffield. His topic was a study and critical edition of The Deidis of Armorie, a fifteenth century Scottish heraldic manual and bestiary found in Harley MS 6149 and several later copies. This edition was eventually published by the Scottish Text Society. After the completion of the Ph.D. in 1989 he was offered a position at the university of Groningen where he taught until 1999 with a brief spell at the university of Utrecht as well. In 1999 he was offered the chair of Medieval English Language, Literature and Culture at the Ruhr Universität Bochum in Germany, where he has been to this day.

His publications have largely been in the field of Middle Scots and Middle English and include editions and studies of two Middle Scots texts (The Deidis of Armorie and The Sex Werkdays and Agis, a short chronicle from the Asloan MS), several (co-)edited volumes of essays, and articles and book chapters mainly on animals in the medieval period (Boethius, Ancrene Wisse, Chaucer, Henryson), but also on The Complaynt of Scotland, Early Printers’ Marks, Liturgical imagery and medical literature.